Rock to a different beat at the Midsommarfest FHD Stage

If you’re looking for musical variety in your summer street festivals, you’ll definitely want to check out Midsommarfest’s FHD Stage, curated by Gary Airedale of The Flesh Hungry Dog Show, a monthly LGBT-centric rock and roll variety show that ran at Jackhammer from 2005-2012 with a mission of bringing live rock to Chicago’s gay community, and to provide a fun, alternative venue for bands with GLBT content and members, and bands that are GLBT supportive. Founder Airdale describes the project as “a high-energy, anything-goes, kitschy, fun, queer/alternative thing,” meant to “give GLBT rock and roll fans a social outlet, end the hegemony of techno music at gay bars, and bring back a sense of the creativity and spontaneity to GLBT nightlife in a way that no one else was doing.” Says Airedale, “I wanted to do it in a way that would get my peers excited to come out to hear live rock music. I was tired of the stereotype of gay and lesbian music meaning folk singers on a Monday in a coffee shop where going to see them felt more like a duty to ‘support the community’ than a wild party. I endeavored to create the kind of event that I would want to attend.”

While the lineup features an emphasis on GLBT & queer-friendly bands, Airedale’s overall goal was to find bands who wrote and performed their own original music, with an upbeat sound who can show an audience a good time. The stage will feature a wide range of creative bands with that are sure to get bodies moving, with all the energy Chicagoans loved of the original Flesh Hungry Dog Show. Airdale sums it up: “This lineup definitely represents the cream of the crop in terms of musical excellence, entertainment value, diversity, creativity and just plain fun.”

Cody Copeland’s alt-pop originals stand out in an unconventional mixture of lyrics and style, which he jokingly refers to as “tough times dance music”. His sound features eclectic instrumentation, from guitars and synthesizers to glockenspiel and the occasional accordion, all underlying vocals inspired by a childhood favorite crooner, Roy Orbison. 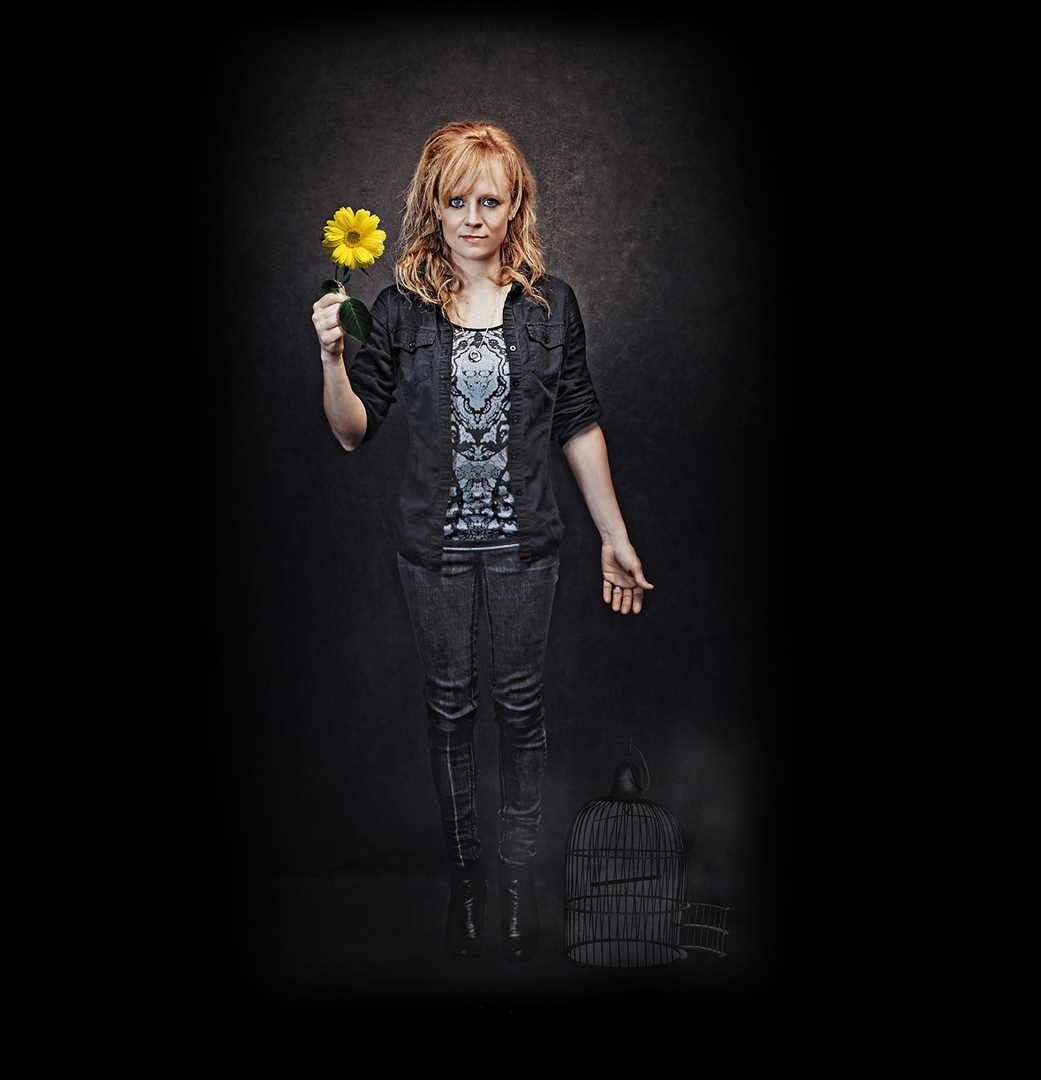 Born-and-raised Chicagoan Katie Todd has shared the stage with musical legends, including Patti Labelle and Steve Winwood, as well as contemporaries like Sarah McLachlan and Juliana Hatfield. She’s performed in front of packed audiences at venues and festivals such as Lilith Fair, and Lollapalooza. Katie recently launched her dark rendition of “Give A Little Bit” (Supertramp) with a haunting video that reminds us all of the horrors of battle and that her message really is Love instead of War.

Bleach Party formed in 2013, and have been rocking non-stop ever since. An assortment of musicians from vastly different backgrounds come together as a force to be reckoned with, featuring impressive vocals, powerful drumming, surf-y guitar, and danceable bass lines.

5:00 PM The Joans featuring The Revelettes

Formed in 2007, The Joans are the personification Hollywood star, Miss Joan Crawford in the body of one man, one woman with four loyal musicians. Their mission is to give Joan Crawford and all the extremely beautiful and misunderstood people in the world a rock and roll voice. Come for the gimmick, stay for the music!

A five-piece band founded in 2009, Pieptone! draws its musical inspiration and set lists from the European rock and pop charts of the late 1950s and early 1960s. During this linguistic golden era of music, singers and bands cut the same record in several different languages to broaden their international appeal. Even American and British artists got into the act, singing their songs phonetically in various languages to cash in on the European market and the dance crazes of the era — the Twist, Hully Gully, Bossa Nova. Pieptone!’s mission is to unearth these overlooked or forgotten pop gems and introduce them to a contemporary audience.

Chicago’s Mutts are a keys, bass, and drums trio described by Time Out Magazine as sounding “like Tom Waits fronting a garage band,” and by Loud Loop Press as “what Queens Of The Stone Age would sound like if they ditched the guitars and started playing dirty sounding organs.”

Having played together for 3 years, the Rogers Park-based Amazing Heeby Jeebies are rock & roll club favorites. This four-piece band with a two-guitar, bass, and drums format benefits from a wide range of influences (the Cramps, the Rolling Stones, and AC/DC, to name a few!), while 60’s-style female vocals by assure universal appeal.

An instrumental surf rock band from Milwaukee, Wisconsin, The Revomatics have twice had the honor of opening for Dick Dale, the King of the Surf Guitar, and recently opened for the B-52’s in St. Charles, IL to a sold out audience. In 2014 The Revomatics were nominated for both band and album of the year by 88Nine Radio Milwaukee.

With punk, blues, glam, and garage rock influences, the Flesh Panthers played 80+ shows in 2014 including two tours. Drawing comparison to the New York Dolls, Local Loop Press describes these “good-time punks” as “leaving a heightened ringing in your ears and putting a relentless stomp in your boots.”

A staple of Chicago’s orchestral pop contingent this millennium, the self-described “pop craftsmen/women” of Canasta’s six-person linuep augments the standard rock set-up with piano, keyboard, violin and trombone. Despite an ever‐changing roster that has included fifteen members (!), founders Matt Priest and Elizabeth Lindau continue to keep the orchestrations meticulous, the lyrics thoughtful, the melodies unforgettable and the sound uniquely Chicagoan.